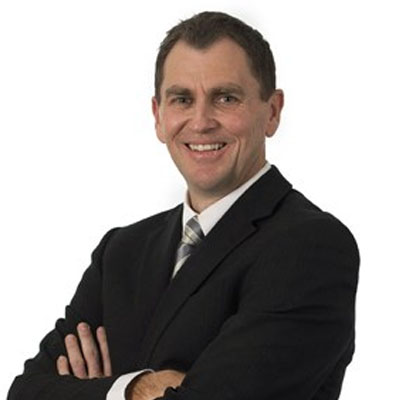 Daryl Kerry joined the ANZ Stadium in 1998 as Operations Manager nine months before construction of the Stadium was completed.

Daryl played a key role in opening the Stadium in March 1999 and was responsible for the day to day management of the Stadium, management of security, coordination of public transport for major events, crowd management and emergency management.  Daryl was also responsible for the coordination of Olympic planning and overlay for the Stadium in the two year period prior to the Sydney 2000 Olympics. During the Olympic Games in September 2000, Daryl operated the Stadium on behalf of the Organising Committee which included the opening ceremony, all track and field events, the men’s football gold medal play off match and closing ceremony.

In 2000, Daryl took on a broader role with the Stadium and in 2003 was appointed to the position of Deputy CEO.  In this role, Daryl not only continued to oversee the operation of the Stadium, he also assumed responsibility for a number of key commercial areas of the Stadium’s business including being responsible for developing the Stadium’s event schedule by securing long term hiring agreements with various major sporting organisations and one off events such as concerts.

In May 2009, Daryl was promoted to the position of Chief Executive Officer.  Daryl was also appointed as a Director of Stadium Australia Club.

Prior to joining the Stadium team, Daryl worked at a number of sporting and entertainment venues in Sydney and held a senior role within the Venue Management division with the Sydney Olympic Games Organising Committee (SOCOG) from 1996 to 1998. This provided the opportunity for Daryl to attend and work as part of a number of world events such as 1996 Olympics and Paralympics in Atlanta.

Get access to our complimentary Love You magazine.
Be the first to hear about our events, news and receive exclusive content.